6 Warning Signs You Are About To Have A Stroke Soon

By Ashley Knight-Greenfield, MD, a diagnostic radiology resident and member of the ABC News Medical Unit, contributed to this report. 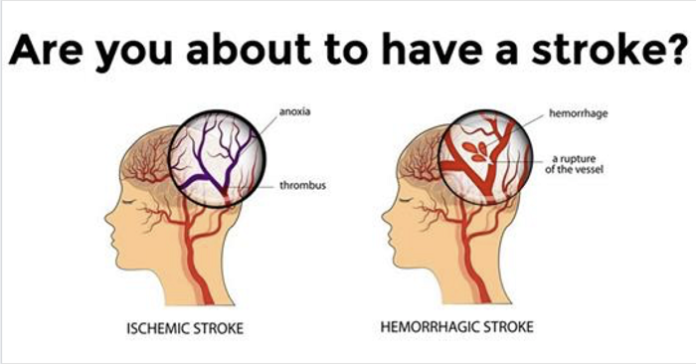 I URGE YOU ALL TO READ & SHARE THIS; YOU COULD SAVE A LIFE BY KNOWING AND PASSING ON THIS SIMPLE INFORMATION. 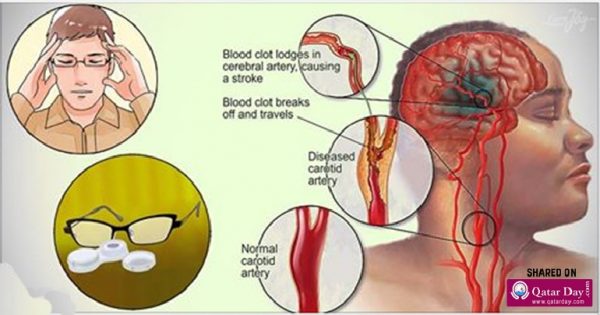 Stroke has a new indicator!

They say if you forward this to ten people, you stand a chance of saving one life.

Will you send this along? Blood Clots/Stroke – They Now Have a Fourth Indicator, the Tongue.

During a BBQ, a woman stumbled and took a little fall – she assured everyone that she was fine and she said she had just tripped over a brick because of her new shoes.

They got her cleaned up and got her a new plate of food.

While she appeared a bit shaken up, Jane went about enjoying herself the rest of the evening.

Jane’s husband called later telling everyone that his wife had been taken to the hospital – (at 6:00 PM Jane passed away.)

She had suffered a stroke at the BBQ.

Had they known how to identify the signs of a stroke, perhaps Jane would be with us today. Some don’t die.

They end up in a helpless, hopeless condition instead.

It only takes a minute to read this.

A neurologist says that if he can get to a stroke victim within 3 hours he can totally reverse the effects of a stroke…totally.

He said the trick was getting a stroke recognized, diagnosed, and then getting the patient medically cared for within 3 hours, which is tough.

How Do Strokes Happen?

Strokes happen when a blood vessel that brings oxygen to the brain is either blocked (ischemic attack) or bursts open (hemorrhagic stroke). Lack of oxygen kills the brain cells that this particular blood vessel serves, and the part of the body that these brain cells control stops working.

When the blood vessel is only blocked for a short time, it’s called a transient ischemic attack (or TIA). They are like mini-strokes or warning strokes, and they tend to happen before a major stroke. The symptoms are similar to those of a major stroke but only last for a few minutes.

Knowing the signs of a stroke can help you get treatment fast and maybe even avoid a major stroke event in the case of TIAs.

Identifying the Early Signs of Stroke

Recognizing the early signs of a stroke is very important. Thankfully, they are fairly easy to learn and identify.

F.A.S.T. is an acronym to help you remember the early signs of a stroke. 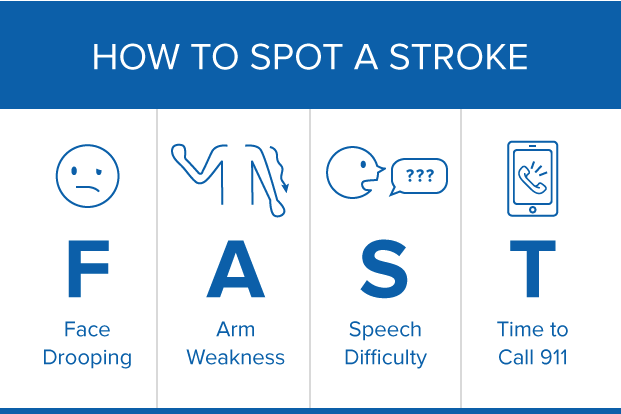 Keep the F.A.S.T. list somewhere easy to see—on your refrigerator, for example. That way, you will quickly learn and remember it.

The F.A.S.T. list contains the most common signs of stroke, but there are a few more you should know.

If you notice any of the symptoms above, call 911 immediately. The faster you get medical help, the better your chances are of avoiding major disability or even death. 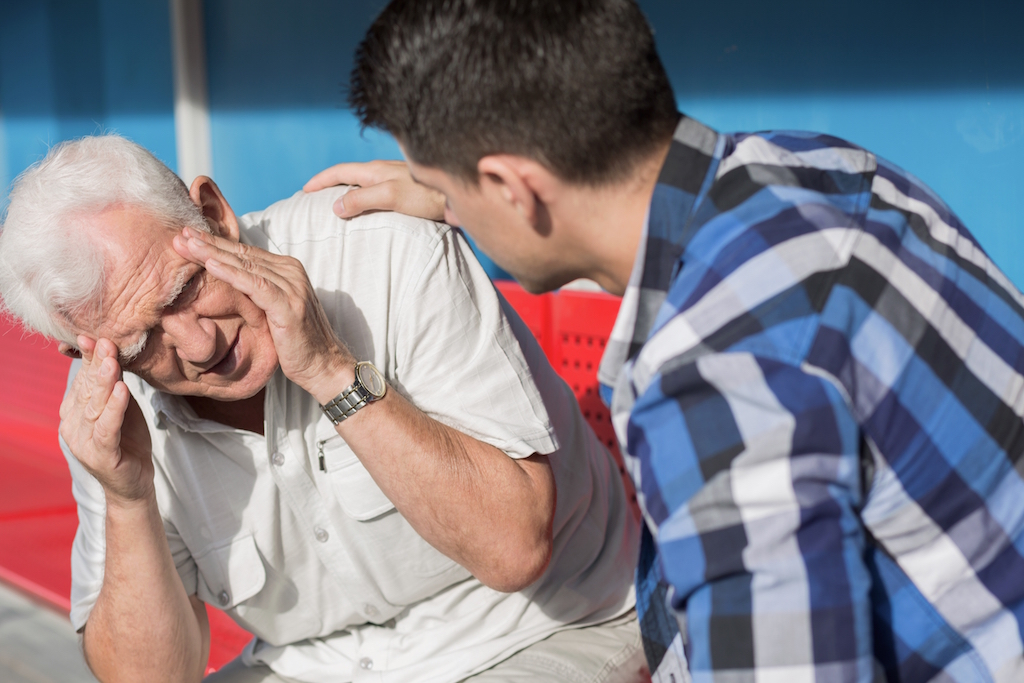 Transient ischemic attacks, or TIAs, are mini-strokes that often happen right before a major stroke. They are usually thought of as “warning strokes.” The symptoms of a TIA are the same as in a stroke, but they subside on their own.

However, this is not a reason to ignore the symptoms; getting immediate medical assistance might help you avoid a major stroke. With TIA’s, there is a problem with the blood supply to your brain, and it needs to be addressed. Forty percent of people who get TIAs eventually have a stroke. This is not a chance you want to take. 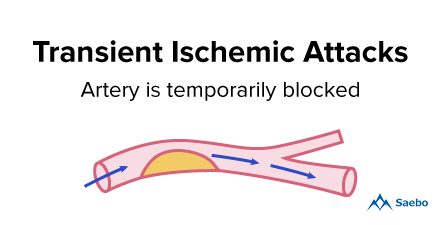 Early Detection is Essential & Can Save Your Life

Learning the early signs of a stroke is essential to prevent further damage to the brain, major disabilities, or even death. Knowing the F.A.S.T. acronym is the best way to remember the signs of a stroke and the actions you need to take to get help. And don’t disregard TIAs either; even if the symptoms subside, they are a major warning sign that something is going wrong in your brain.

Get a Screening for early detection and piece of mind

A preventive health screening service is designed to identify risk factors that can lead to heart disease, stroke and other serious illnesses. We use three non-invasive methods to get you lab-accurate results and recommendations you can review with your doctor.

Sheri Rowney is a writer for Health and Wellness Nashville.

In her article, How a Postcard Saved My Life, she talks about how she attended a Life Line Screening event on a whim, spurred by her interest in health and prevention. She thought the event was close by, convenient, and affordable. Needless to say, she didn’t ever think the screening would save her life.

“I had considerable blockage in my carotid arteries, and no symptoms. Thanks to Life Line Screening for sending me the postcard that probably saved my life.” 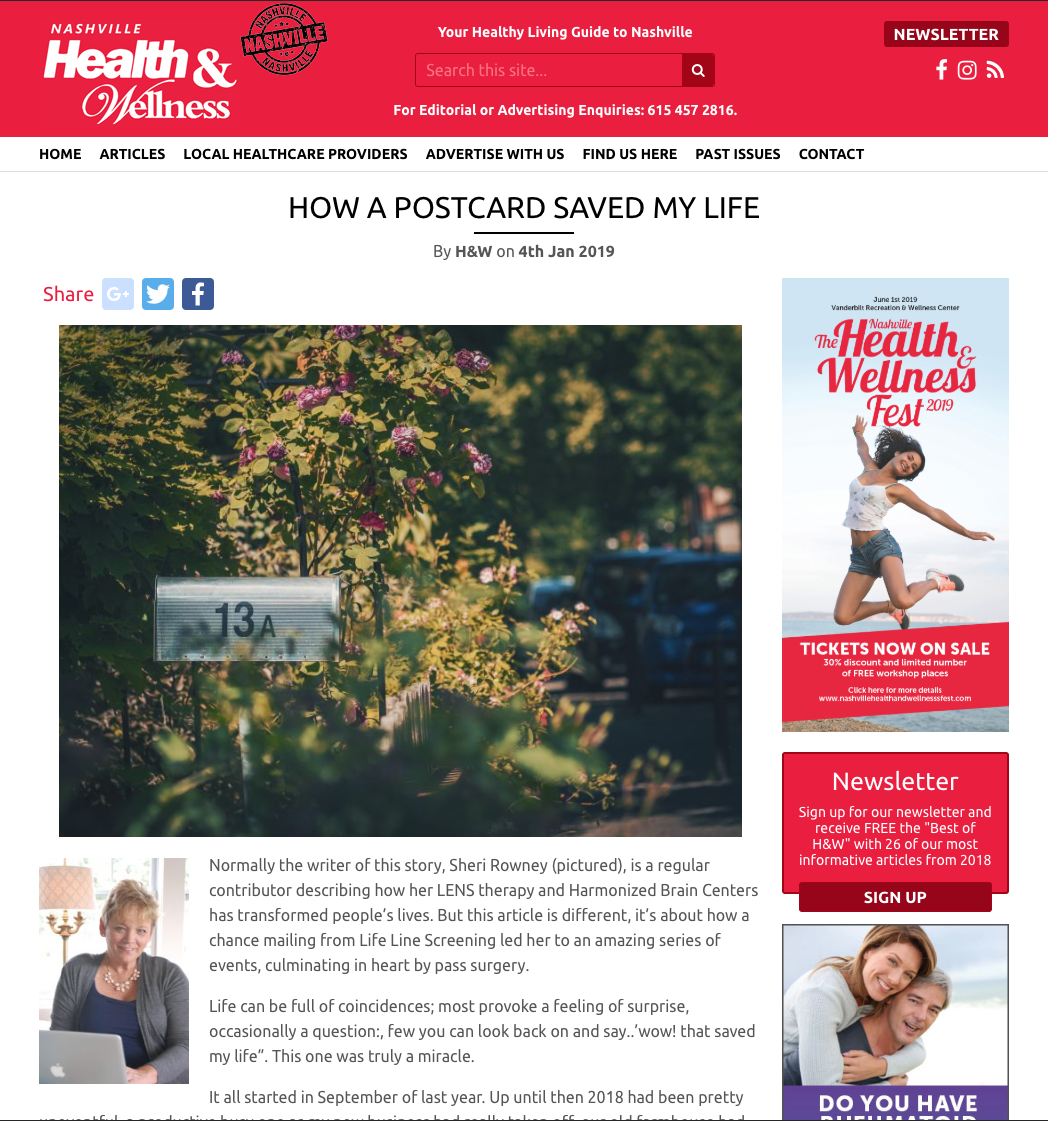 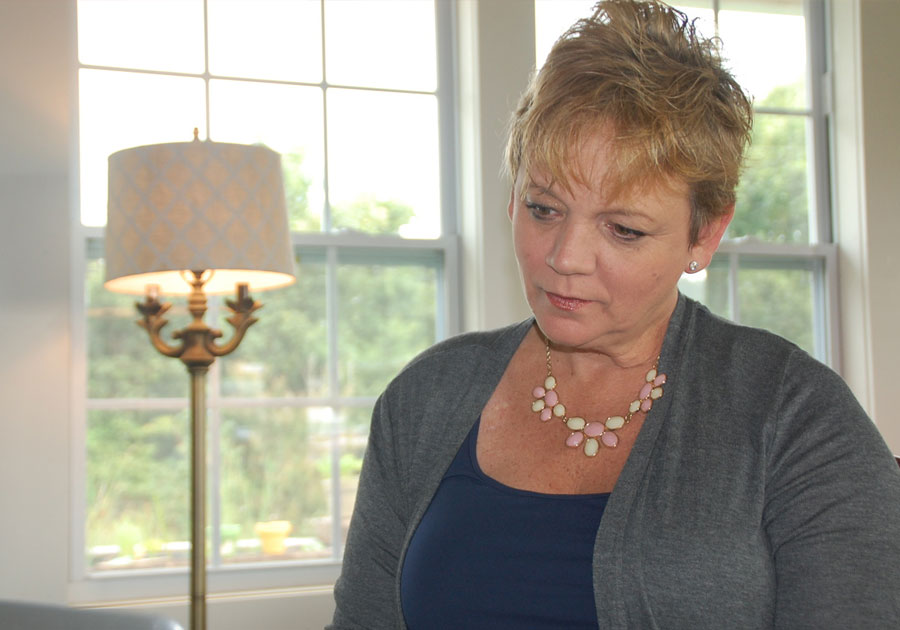 After her screening, Sheri consulted a doctor at the prestigious Vanderbilt UMC in Nashville. After a series of tests, which confirmed the Life Line Screening findings, she also discovered that she had calcified plaque in her coronary arteries, the arteries surrounding her heart.

Sheri was shocked because she’d had no symptoms and felt well, but during an ultrasound stress test she struggled to breathe and the doctor recommended she have a heart catheterization right away. All of this in just a matter of days!

Cardiac bypass surgery followed, and luckily, Sheri is doing well. She credits her faith for getting her through, and thanks Life Line Screening, her doctors, her husband, and her family and friends for being there for her at each step.

Just for our readers at Senior Care Nation we are offering you an exclusive deal with the best screening company in the country, Life Line Screening that can identify risk factors that can lead to heart disease, stroke and other serious illnesses. .

Find a Location Near You

Did you Know For 4 out of 5 people who have had a stroke, the first symptom of any illness is the stroke. 80% of strokes and heart disease can be prevented. — American Heart Association 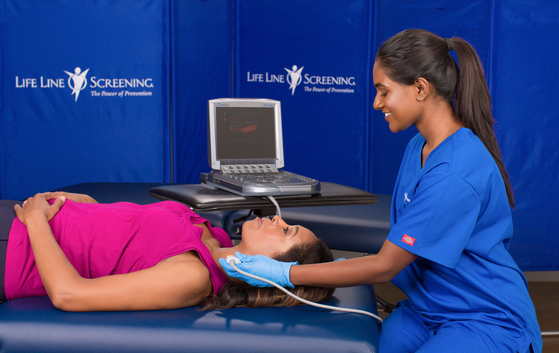